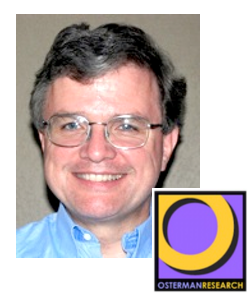 The Dire Consequences of the Cybersecurity …

Hot Topics in Cybersecurity Posted by Jen Greco on Sep 23, 2020

Our friends at ISC^2 have competed their 2020 Cybersecurity Perception study. And if it teaches us anything, it’s that cybersecurity is a pretty darn great career path – just not one that most respondents would want to pursue themselves.

It’s sort of the career equivalent of that rom-com trope — “I love you, but I’m not in love with you.” Generally speaking, people are happy to be “friends” with cybersecurity… but they’re just not looking for a relationship right now. Sigh.

This news actually lands somewhere between heartening and disheartening. After all, only 1% of the 2500 people surveyed described cybersecurity as a “bad” career path. Who wouldn’t want to be generally considered smart, technically skilled and as “good guys fighting cyber crime” — as the survey summary suggests? But, as great as it is on this side of the fence, 69% say that while it’s a good career path, it’s not one they’d be interested in taking on.

The study found that Generation Z (those currently younger than 24) have the most negative view on cybersecurity as a career path. This is troubling, as the job market is flooding with more “Zoomers” each year (as the Boomers make their way to the Social Security office).

So where’s that leave us? With an ever-growing 3 million (million!!) open jobs in cybersecurity across the globe, the study is a good reminder that we need to leave the door open for younger generations to pour in.

ISC^2 agrees, a widening the appeal of cybersecurity to include non-technical components and a variety of different roles, increasing educational opportunities, and developing a more focused effort in recruiting.

At the New Orleans & Little Rock Cybersecurity Summit on Sept. 24, Michael Osterman of Osterman Research discussed the widening skills gap in the industry. In fact, he cited that his research found that three in five organizations found that the skills shortage is either “serious” or “very bad.”